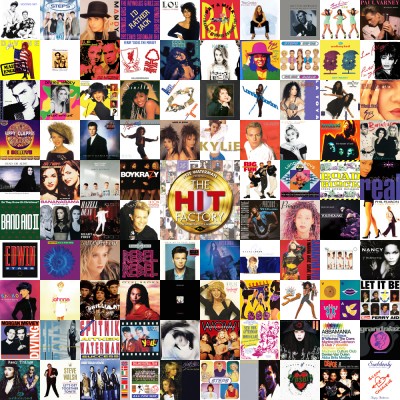 Once called ‘The Sound of a Bright Young Britain’, PWL undoubtedly now stands as the soundtrack to a generation, with sales of over 500 million units worldwide.

Steps’ chart-topping double A side of Heartbeat/Tragedy is at Number 1 in the chart. The single, which was Steps’ first ever Number 1, achieved sales of over one million when it was released

Following closely behind it, with sales in 2012 of just under a million*, was Kylie & Jason’s Especially For You. The biggest selling individual track of the Stock Aitken Waterman partnership in the UK, Especially For You was kept off the Christmas Number 1 spot upon its release in December, 1988 by Cliff Richard’s Mistletoe And Wine, but it climbed to Number 1 the following week, making it the first Number 1 of 1989. Especially For You stayed on top for three weeks.

The full Top 10 is below. Every title in the list was a Number 1 single and, to date, have collectively sold well over 7 million copies in the UK alone:

*Please note that Kylie and Jason’s ‘Especially For You’ broke the 1 million sales mark in December 2014, two years after the Top Ten displayed above was compiled