Cherry Red Records are treating PWL fans to a bonza bargain bonanza!  For a limited time they are offering their heirloom-quality Kylie box sets at HALF PRICE! 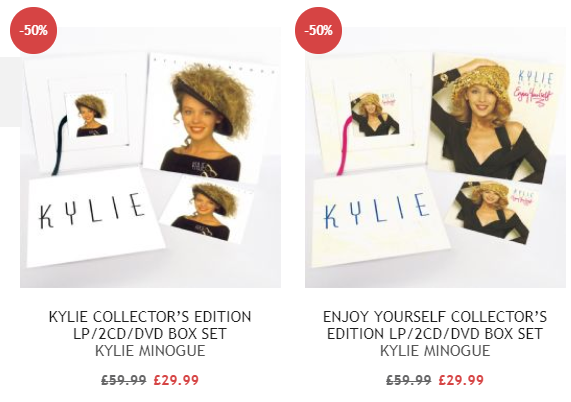 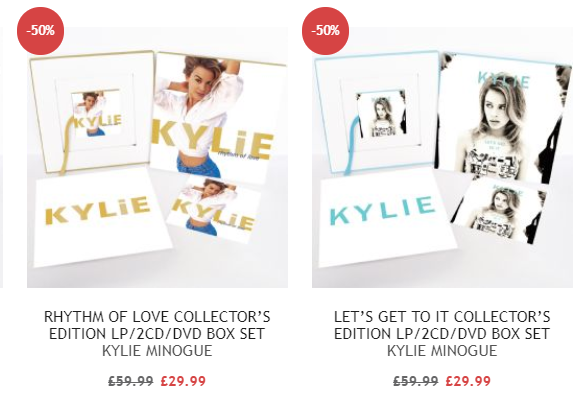 …go on, treat yourself – you deserve it! 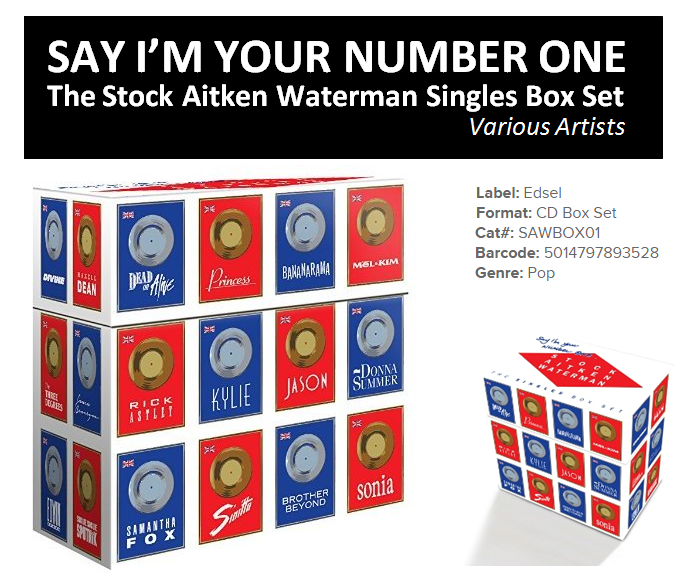 This very special 30-disc CD singles collection celebrates the legacy and phenomenal chart success of the Stock Aitken Waterman songwriting and production team, who provided the pop soundtrack of the late 80s.

Released to mark 30 years since their first UK number one with Dead Or Alive’s You Spin Me Round (Like A Record), this is the first-ever box set devoted to the hitmaking partnership of Mike Stock, Matt Aitken and Pete Waterman and tells their whole story by bringing together 30 classic releases from 30 different artists. Essential hits such as Kylie Minogue and Jason Donovan’s Especially For You, Bananarama’s Venus and Rick Astley’s Never Gonna Give You Up feature alongside sought-after rarities and fan favourites by everyone from cyberpunk fantasy band Sigue Sigue Sputnik to Philly soul sensations the Three Degrees and Motown legend Edwin Starr.

Each remastered CD single in this set is presented in an individual card sleeve replicating classic original vinyl artwork and has been expanded to include 12” mixes, rare B-sides and bonus cuts, with fourteen CDs ‘packjammed’ as special double A-side editions each featuring two classic singles.

Across 30 discs, the complete box set boasts over 250 tracks, many of which are previously unreleased or on CD for the very first time, making this collection a must-have for all SAW fans, collectors and connoisseurs of 80s pop. Housed in an heirloom-quality outer box designed in homage to the gold and silver disc-packed walls of the PWL ‘Hit Factory’, the set also includes a 48-page booklet featuring lyrics, discography, a commentary from Pete Waterman and brand new sleeve notes, plus an exclusive sticker sheet and postcard set.

After teaming up in early 1984, SAW soon scored hits with Divine and Hazell Dean before hitting the top spot with Dead Or Alive at the beginning of 1985. That year also found them penning and producing the bona-fide UK soul classic Say I’m Your Number One for Princess. Momentum continued to build with Bananarama’s Venus topping the US charts in 1986 and SAW pioneering the UK house sound with Mel & Kim, who hit number one with Respectable in early 1987. And from then on, the hits came thick and fast with Samantha Fox, Sinitta, Rick Astley, Kylie, Jason, Sonia and the original queen of disco Donna Summer just a few of the artists to take their tracks to the top end of the charts around the world.

In just over seven years, Stock Aitken Waterman scored over a hundred UK hit singles, including thirteen number ones, before Matt Aitken’s departure from the team in 1991. Their base, Pete Waterman’s PWL production company, studio complex and latterly record label, self-styled as a the ‘British Motown’, was undoubtedly deserving of the ‘Hit Factory’ epithet, but as this collection ably demonstrates, the sheer diversity of SAW’s body of work disproves the myth of a conveyor-belt production line. Beyond the irresistibly instant Hi-NRG-influenced pop for which they are best known, their catalogue is characterised by diversity as much as quality, with their own rare groove smash Roadblock sitting alongside many such ‘lost gems’ as Brilliant’s underrated Love Is War, girlband Boy Krazy’s US hit That’s What Love Can Do and the blissful New York Afternoon featuring Georgie Fame.

A fitting tribute to the most successful and prolific writing and production team in UK chart history, Say I’m Your Number One: The Stock Aitken Waterman Singles Box Set brings together many such fan favourites with more than 20 of their most memorable Top 20 hits, including seven transatlantic chart-toppers. 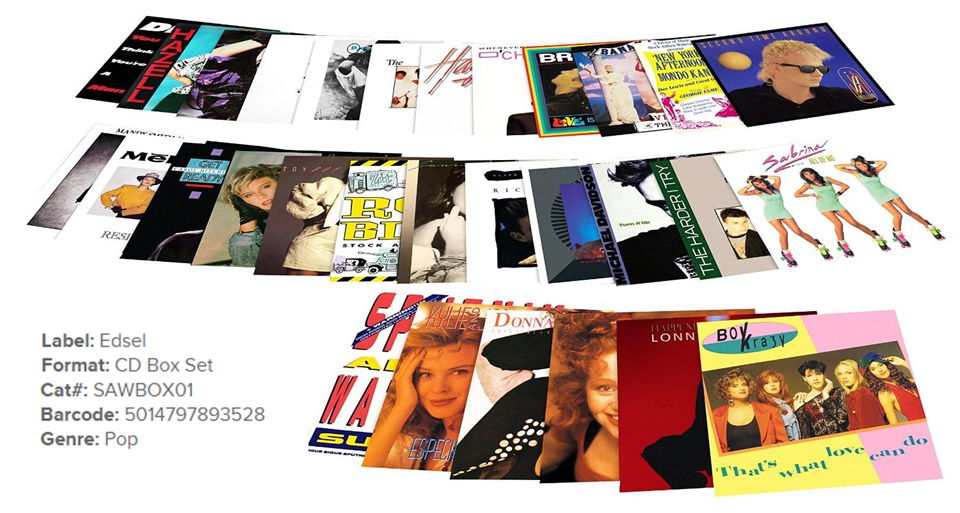 FULL DETAILS of our spectacular upcoming box set release can be found HERE!